From a scenic waterfront to historic architecture, Middle Street encapsulates everything that makes New Bern special. The town's rich history — including colonial, Civil War, and early 20th century — is embodied in the street's beautifully restored homes, five churches, the early 20th century Blades Mansion, and vibrant commercial district. Access to the Trent River is just steps away. At the same time, the street is a cornerstone for the city as it works to reinvigorate its economy by capitalizing on its two greatest assets: its history and waterfront.

Six blocks between Craven Street to the north and the Trent River waterfront to the south. 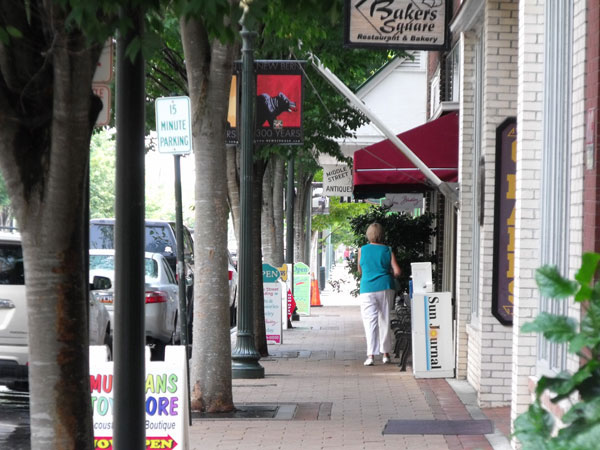 After a downturn in the mid–20th century, spurred by the harsh effects of urban renewal and business movement out to the malls and suburbia, New Bern adopted the Central Business District Plan in 1977 as the first step to revitalize the downtown area. Because of its central location, historical landmarks, and proximity to the waterfront, Middle Street was at the forefront of the plan to restructure the city's economic mainstays from lumber and agriculture to tourism and recreation. Since the plan's adoption, more than $100 million has been invested in downtown revitalization in the form of storefront restoration, construction infill projects, and pocket parks. The city implemented its 1990 Urban Design Plan, which called for new street amenities including street pavers, benches, pedestrian amenities, and street lighting.

The RiverWalk, a continuous 1.5-mile pedestrian promenade along the Trent and Neuse riverfronts, makes Middle Street more accessible and appealing to visitors and residents. Connecting with the street's southern terminus, the RiverWalk is nearing completion with the aid of a new waterfront and beach access grant from the North Carolina Division of Coastal Management. Eventually, the new Riverstation neighborhood will be connected to Leander Morgan Park.

Middle Street has it all: 19th and early 20th century homes; five landmark churches; a robust traditional downtown with stores, restaurants, art galleries, and coffee shops; the birthplace of Pepsi-Cola; and magnificent views of the Trent and Neuse rivers. Easily accessible by foot, auto and boat, Middle Street is a charming right-of-way and a perfect getaway. 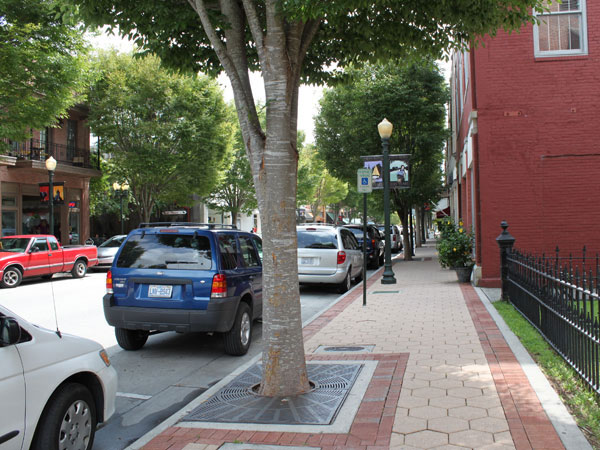 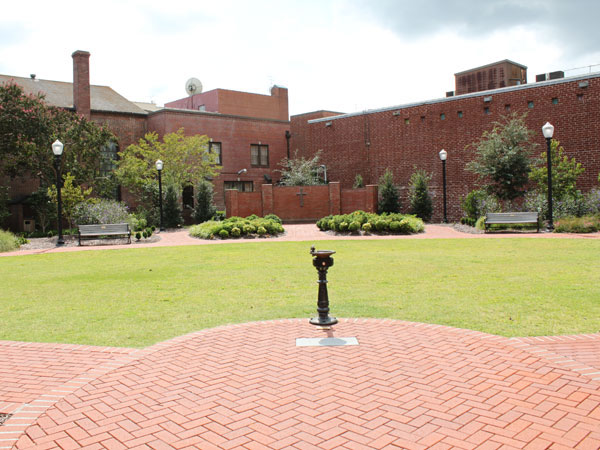 Part of New Bern's original layout in the shape of a crucifix, Middle Street reveals the town's religious history with numerous churches and Christian symbols, as seen in this courtyard. Photo courtesy of New Bern/Craven County Convention & Visitor Center.