When a bypass for U.S. Route 29 took travelers out of downtown Culpeper in the 1960s, businesses in the 200-year-old town closed, trees grew through roofs, and crime plagued streets originally surveyed by a young George Washington. When Norfolk Southern prepared to demolish part of the historic train depot at the eastern end of Davis Street in 1985, residents and downtown business owners joined together to save the building. The effort led to a much larger revitalization effort that saw quick results: in 1993 Culpeper was named one of "America's Top 10 Small Towns." 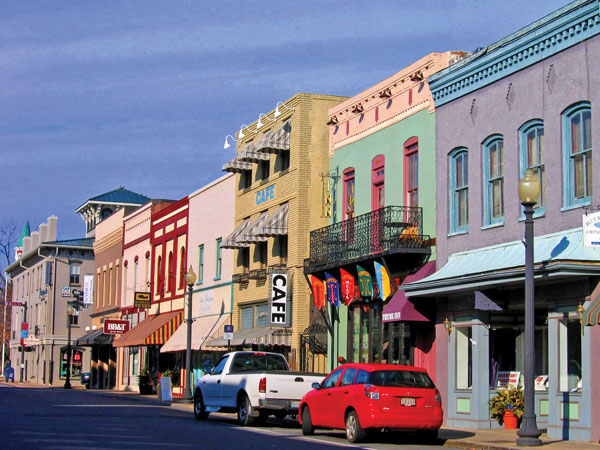 Davis Street has been a Main Street designee since 1988. Forty million dollars of private investment as well as 25,000 volunteer hours have gone into the restoration of the streetscape and building facades, and all the improvements have followed the historic district guidelines. Photo courtesy of Culpeper Department of Tourism.

Davis Street rebounded, the town says, in large part from small business owners who believed in the street's potential and remained open despite worries that prolonged restoration work would be bad for business. The results speak for themselves: no vacant lots and an ample supply of willing tenants for the rare available lease. The business owners also have collected the histories of each building along Davis Street, showcasing the evolution of the office, retail, and residential spaces before and after revitalization.

Partnerships between the town, state, Chamber of Commerce, and other public and private entities have ensured support for continued revitalization of Davis Street and the historic district, most notably through the Virginia Main Street Program administered by Culpeper Renaissance, Inc. Since Main Street designation in 1988, Culpeper has been recognized with milestone awards for achieving $40 million of private investment and 25,000 volunteer hours.

Through historic district guidelines and grants, the town has improved building facades, buried utility wires, planted trees and flower boxes, and installed benches and historic street lamps. The most recent Culpeper plan, approved in 2007, calls for additional revitalization and infill of the historic downtown in order to expand the successful pedestrian-oriented, mixed-use character of Davis Street to other parts of downtown. 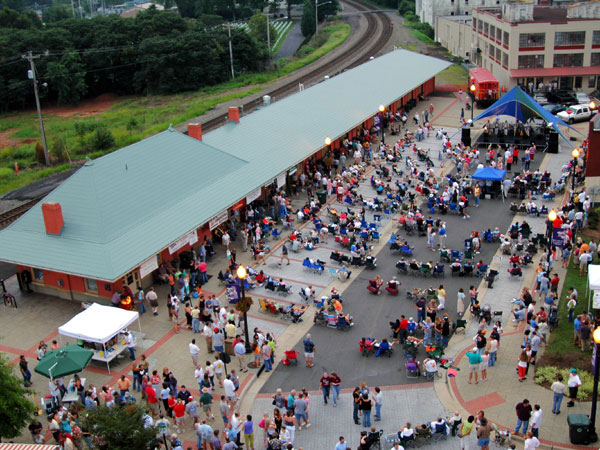 The community fought to save this historic train depot, ultimately leading to a much larger revitalization effort on Davis Street. The depot is the first stop for people arriving into town by train, and the outside space behind the depot accommodates outdoor events, concerts, and a farmers market. Photo courtesy of Culpeper Renaissance, Inc. 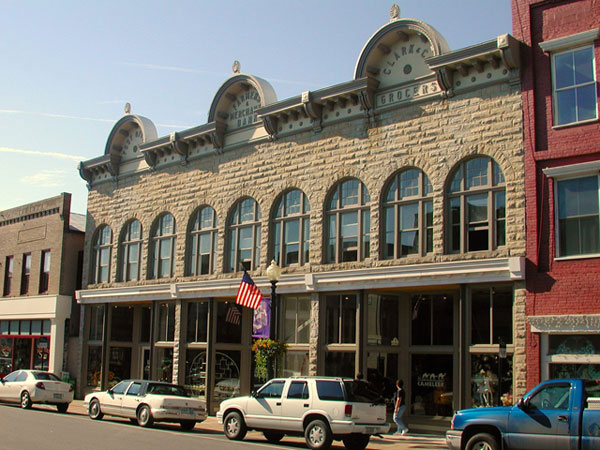 Originally built in the 1890s to house the Post Office, Farmers & Merchants Bank, and Clark & Co. Grocers, the Romanesque Revival building at 125 E. Davis St. is known as the 'Martin Furniture Building' and is now home to The Cameleer, an international gift and handcrafts store. Photo courtesy of Town of Culpeper.