Nantucket's Main Street is one of those American streets that defines the place it is located. Round, uneven cobblestones pavers bring an immediate sense of history and intimacy to Main Street whether a visitor is traveling by foot, bicycle, or car. Church spires, tree-shaded Greek Revival mansions, and the town's waterfront frame the views up and down the street. More than two dozen sidewalk benches, located next to the "Hub" and the local drug store, invite residents and visitors alike to sit and visit, watch the comings and goings of downtown Nantucket — or kids going sledding after a winter snowstorm. 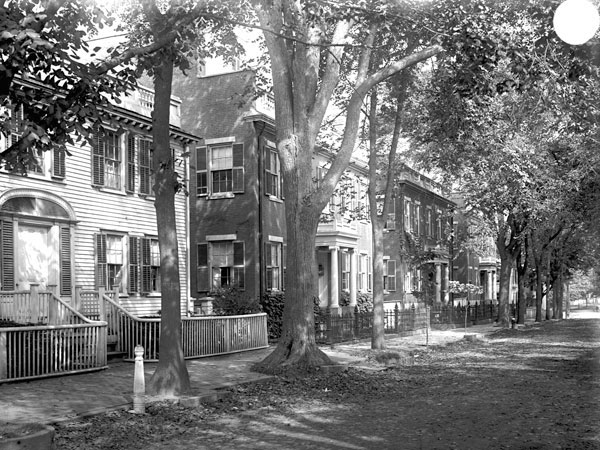 Since the decline of the whaling industry in the 1840s, visitors and tourism have been the mainstay of the island's economy. Nantucket's population quintuples in the summer, crowding Main Street with pedestrians, cars, and commercial vehicles. The resulting congestion and traffic during the island's high season have been discussed for several years, including in the town's 2009 master plan.

The master plan also reaffirms the importance of the island's historic preservation guidelines and the investments by millionaire philanthropist Walter Beinecke, Jr., during the 1960s that protected the character of Main Street, what it contributes to the local economy, and the memories it instills.

Classic and antique cars and hundreds of bouquets of daffodils line Main Street for the annual Daffodil Festival. Nantucket residents and visitors gather on Main Street throughout the different seasons for numerous special events and celebrations. Photo by Jim Powers, The Inquirer and Mirror.