Downtown Woodstock's four principal streets — Central, Elm, North Park, and South Park — bring together scenic mountain skylines, early 19th century New England architecture, the center of community life, and 250 years of history. Elm Street has some of the oldest properties and most stately homes in Woodstock including the Dana House, F.H. Gillingham & Sons general store, and First Congregational Church, all of which were built during the early 19th century. Lying between North and South Park streets is The Green, Woodstock's community front yard, the location of a weekly farmers market during summer and fall, and the site of several more of the town's most impressive houses. 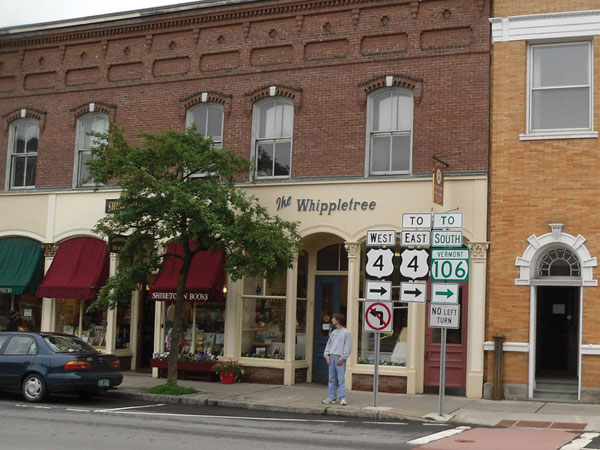 Also near The Green, at the intersection of North Park Street and Mountain Avenue, is Middle Covered Bridge over the Ottauquechee River.

Steps to protect Woodstock's historic and scenic character go back several decades. They began with Laurence Rockefeller, grandson of John D. Rockefeller, who in 1968 rebuilt the aging 1890s Woodstock Inn located on The Green. The town's 1980 design review regulations — written by two residents with help of a former New York City planning director — were the first in Vermont. In 1992, Woodstock adopted an ordinance establishing scenic ridgeline districts to ensure that vistas visible from downtown would not be compromised.

Against views of the heavily forested Mt. Tom to the north and Mt. Peg to the south, Woodstock's downtown streets attract residents and visitors alike, to watch a Memorial Day or Wassail Weekend parade, run an errand, or go shopping. 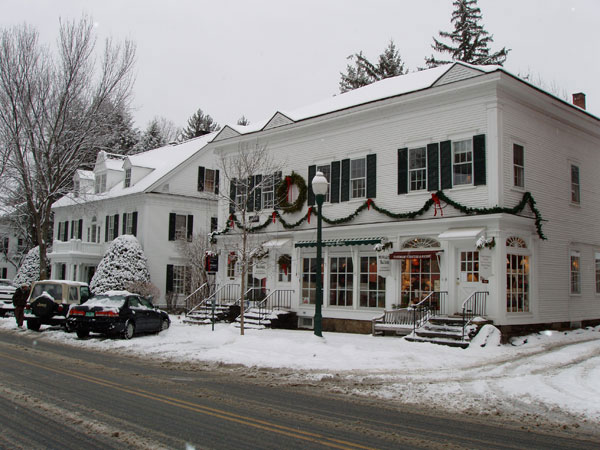 Central Street bordered by two public spaces, Tribou Park to the east and the Woodstock Village Town Green to the west 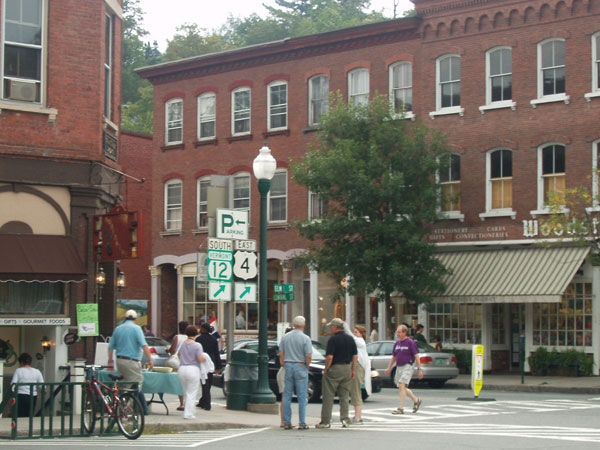