Despite natural disasters and economic downturns, Charleston has preserved Broad Street and its rich colonial history, stunning 18th century architecture, and pedestrian orientation. Decades before anyone else was thinking about historic preservation, in 1920 concerned residents formed the Preservation Society of Charleston — the oldest community-based preservation organization in America and the group that successfully championed for Charleston's first historic zoning ordinance in 1931. 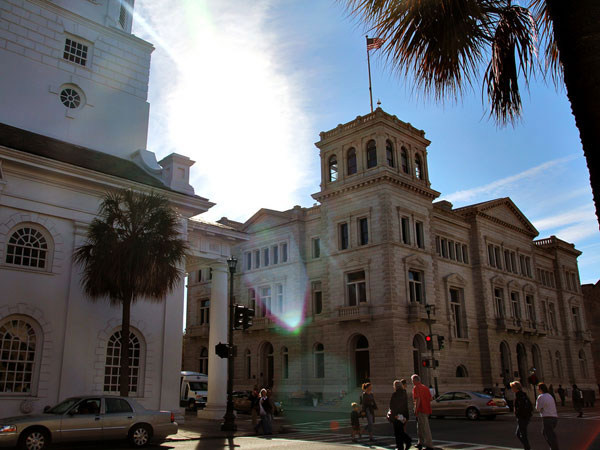 During the 1700s, the eastern portion of Broad Street was occupied solely by merchants and craftsmen until the "Four Corners of Law" (Federal Courthouse and Post Office, the County Courthouse, City Hall, and St. Michael's Episcopal Church) were built on their respective corners of Broad and Meeting Streets. The collection of buildings transformed Charleston into a legal and financial capital. Towards the east, the 1771 Old Exchange and Provost Dungeon terminates Broad at East Bay Street and creates one of the most picturesque and photographed vistas in Charleston.

West of Legare Street, Broad transitions into a residential setting dominated by a Live Oak tree canopy, 19th century frame houses with intimate front yards, and the nine-acre Colonial Lake Park at the corner of Rutledge Avenue, which attracts users throughout the day.

Since 1975, under the leadership of Mayor Joseph P. Riley Jr., Charleston has adopted numerous downtown plans that have continued to protect and enhance Broad Street's unique character. Bluestone sidewalks, Palmetto trees, and gas street lights add to the street's irresistible charm. Unlike other colonial cities, which have converted their civic buildings into museums, Broad Street's are still used for their original purposes because of the careful planning and preservation efforts that have helped them transition into the 21st century. 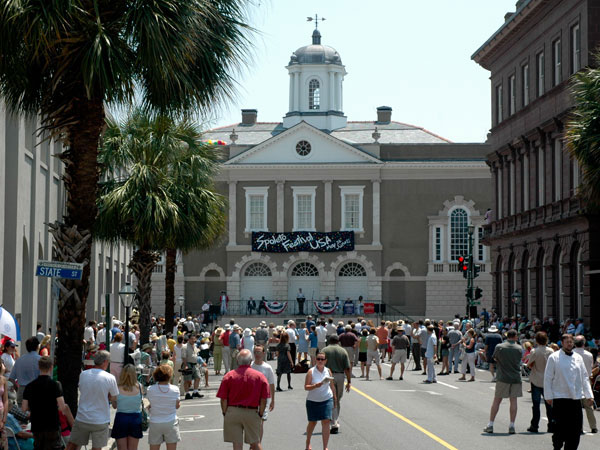 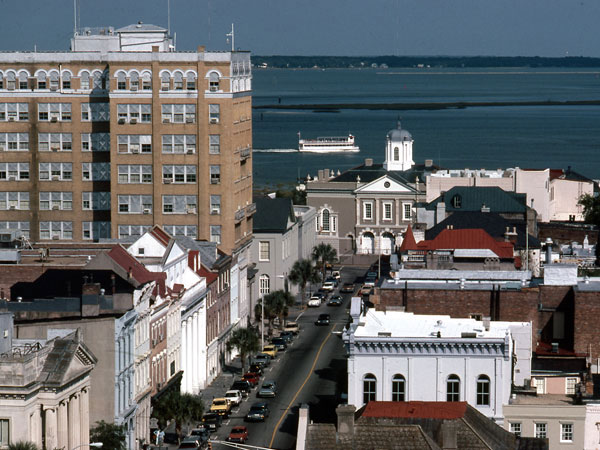 The Old Exchange, a symmetrical Georgian building, terminates Broad at East Bay Street before the Cooper River and creates one of the most picturesque and photographed vistas in Charleston. Photo courtesy Bill Murton.