Duval Street, the undisputed "Main Street" of Key West, is the only place in the U.S. where one street allows you to walk from the Atlantic Ocean to the Gulf of Mexico. A citywide commitment to preserving the National Register of Historic Places single-largest collection of wooden structures has allowed Duval Street and the rest of Key West to transition from an economy based on maritime industries and Cuban travel during its earlier years to one now supported by entertainment, art, and tourism.

Duval Street, 14 blocks between the Gulf of Mexico and the Atlantic Ocean. 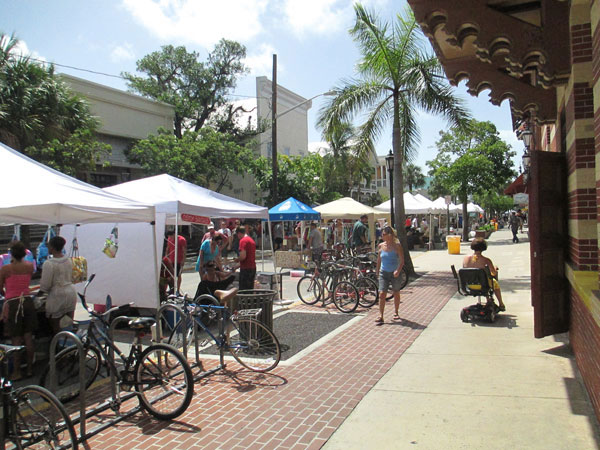 After being mapped and plotted in 1829, Key West quickly became the largest city in Florida. It enjoyed a post–Civil War construction boom that was coupled with a large Cuban immigration following the beginning of Cuba's Ten Years' War in 1868. Today, the many cigar stores on Duval Street recall the days when Key West was known as "Cigar City USA" and the cradle of Cuban Independence. During this time, the street's impressive collection of wood frame Victorian structures, built of hearty Dade County pine, were constructed to house the rapidly growing population.

The Southernmost House Hotel at 1400 Duval St., built in 1896, was once a one-bedroom Victorian mansion built of tropically colored bricks and ornamental woodwork. A favorite of both President Harry Truman and author Ernest Hemingway, the building boasts an impressive list of former guests and was restored to its former opulence after a $3 million renovation in 1996.

During the 1930s, Victorian buildings began to fall out of style and were quickly replaced with more modern structures throughout the country; however, Key West's insolvency left it unable to afford demolitions, resulting in the unintended preservation of Duval Street. The street maintains a pedestrian scale thanks to wide, tree-lined sidewalks, a consistent street wall, and stringent zoning and construction laws.

The preservation of Duval Street officially began in 1960 when the Old Island Restoration Foundation was formed by local preservationists to protect and restore the historic buildings of Key West at risk of destruction. Since then, more than five historic surveys have been completed allowing for an accurate and evolving database of historic properties along Duval Street. This work, in conjunction with strict architecture guidelines, ensures the street's longevity and appeal regardless of how many tourists or events.

"Lower Duval," from the Gulf of Mexico to Petronia Street, is steps from the cruise ship port and the commercial entertainment center composed of specialty shops, sidewalk cafes, and lounges with live entertainment. "Upper Duval," from Petronia to United streets, presents a more relaxed atmosphere with galleries, art stores, and residential buildings. This impressive combination of architecture and amenities make Duval Street a lively thoroughfare all day and all year. 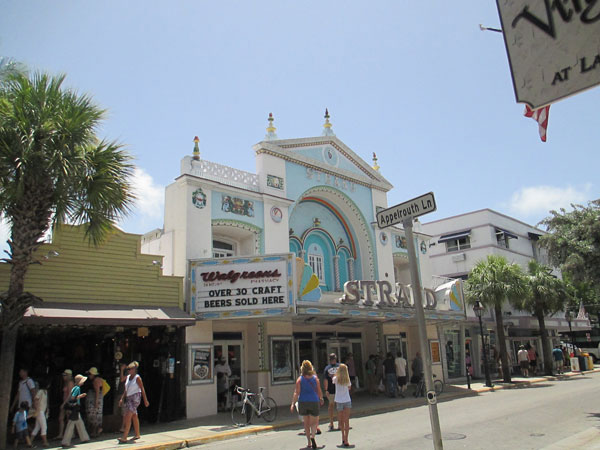 The Strand Theatre opened in the early 1920s and endured as one of the oldest one-screen theaters in the region up until its closure in the mid-1990s. A careful adaptive reuse and restoration has preserved the hallmark elements of the design, including the facade, interior, and stairs. Photo courtesy Brendon Cunningham. 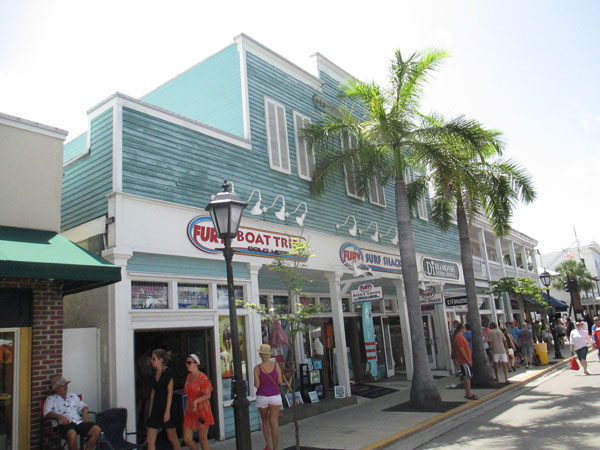 Retailers take advantage of the influx of visitors during the many cultural events by selling their products directly on the street, creating one long outdoor market. Photo courtesy Brendon Cunningham.