Strolling down Wall Street in Kingston, New York, it's easy to become mesmerized by the thoroughfare's rich political, military, and religious history dating back to the 17th century. When walking among its dense concentration of pre- and post-Revolutionary buildings, it requires little effort to become fully versed in city and state history. As New York's first capital, Kingston —and specifically Wall Street — played an important role in the state's formation. 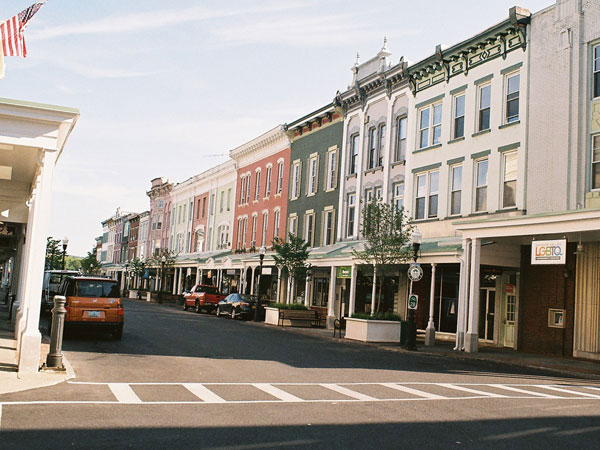 The northern end of Wall Street is located within Kingston's business district, where local businesses occupy the Italianate and Art Deco buildings that front the street. Photo courtesy Amee Peterson.

In 1777, patriots fleeing the British in New York City convened in the Ulster County Courthouse on Wall Street and signed a new state constitution, choosing George Clinton to lead them. Within six months, the first session of the New York Supreme Court was being held in this very building. By October 16, 1777, the British had reached Kingston and quickly destroyed 326 buildings in the city, sparing only the Tobias Van Steenburgh House at Wall and Franklin streets. Old Dutch Church, designed by Minard Lafever in the Renaissance Revival style in 1852, sits at the corner of Wall and Main streets and is home to a congregation that traces its roots to 1659.

Wall Street is not defined only by its history, however. Preservation guidelines enacted by the City of Kingston ensure that any architectural changes to Wall Street are harmonious with the Italianate, Classical Revival, and Art Deco buildings that front the street. Events year-round attract residents and visitors alike to the street's bluestone sidewalks, providing an economic boost to the city. In his 2012 State of the City address, Mayor Shayne Gallo referred to Kingston as a model city, evidenced, in part, by Wall Street's rich cultural heritage, well-preserved architecture, local businesses, and weekly and seasonal festivals. 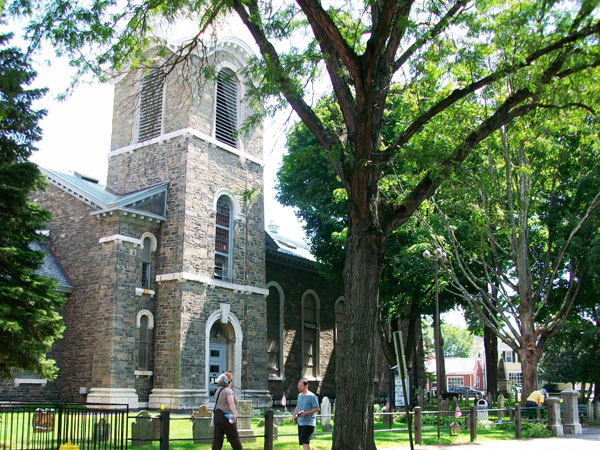 Old Dutch Church, designed by Minard Lafever in the Renaissance Revival style in 1852, sits at the corner of Wall and Main streets and is home to a congregation that traces its roots to 1659. The remains of some of Kingston's earliest residents are buried at the church's cemetery. Photo courtesy Brenna Robinson. 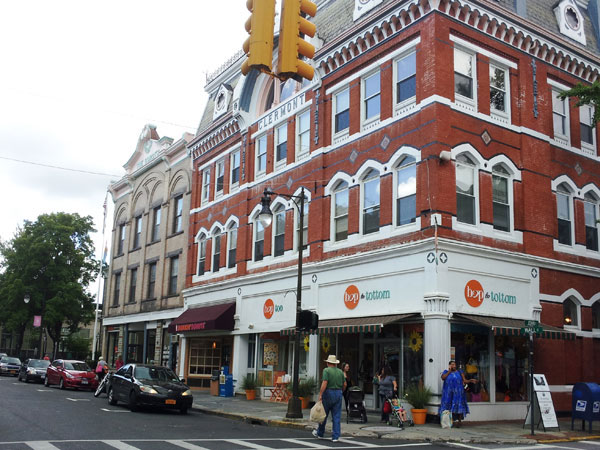