Ward Parkway is Kansas City's eminent thoroughfare, a right-of-way that begins at Country Club Plaza and transitions to a grand boulevard with manicured lawns and gardens as it follows sweeping curves southward. A commitment by both citizens and city government to maintain the parkway has allowed it to remain one of the area's most coveted addresses with historic homes, neighborhood parks, picturesque fountains, ornamental monuments, and rolling landscapes.

Twelve miles of the parkway between Brookside Boulevard and Wornall Road. 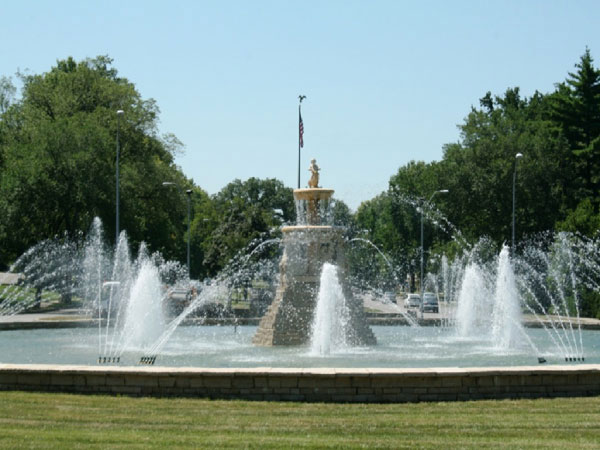 Young land developers Hugh Ward and J.C. Nichols envisioned a majestic boulevard in 1907 that would surpass all others in Kansas City and enhance the value of their neighboring land. To guarantee their goal, they employed George Kessler, a landscape architect and Kansas City, Missouri's parks and boulevard designer, to create a "great parade of America." The first homes built on the parkway are across from each other at 1200 W. 55th St. and 5500 Ward Parkway, the latter the 30,000-square-foot mansion of early 20th century lumber tycoon Mack Nelson.

As Ward Parkway continues south following the natural terrain, visitors encounter the parks, fountains, and historic homes that make the parkway unique. A 90-foot-wide median allows pedestrians to meander from one amenity to the next, including the two creeks that occupy the center for a short distance.

Near the southern end of the parkway is a business area anchored by international engineering firm Burns & McDonnell, employer of thousands of area residents. The Ward Parkway Center, built in 1959 and extending from West 85th Street to West 89th Street, contains the country's first multiscreen theater located inside of a shopping center. The city's five-year capital improvements plan for 2012-2013 includes several maintenance and enhancement projects for Ward as well as the city's other parkways. 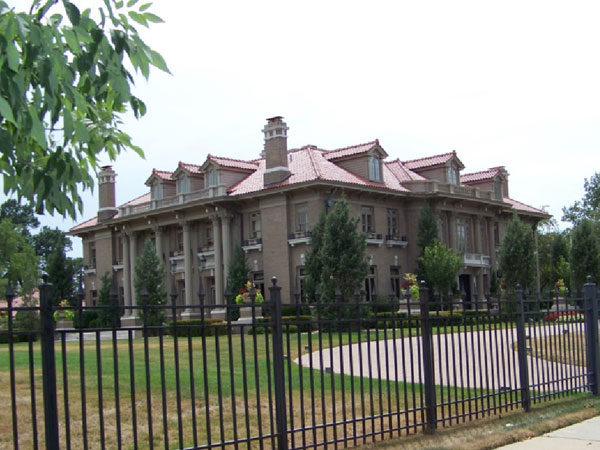 The Mack B. Nelson mansion is one of the earliest examples of opulence built along Ward Parkway. Nelson, a lumber magnate who moved to Kansas City in 1894, built the house in 1914. Photo courtesy Kansas City, Missouri, Parks & Recreation Department. 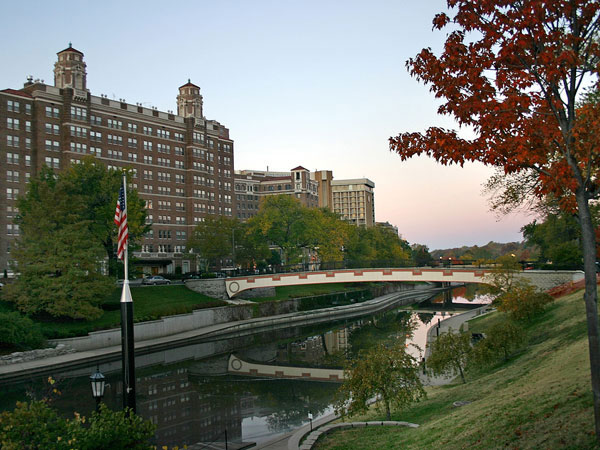 Ward Parkway begins at The Country Club Plaza, a feature that has made it one of the most desirable addresses in the area. A median allows pedestrians to reach other amenities while enjoying a peaceful stroll over the creeks that divide the parkway. Flickr photo by ChrisM70 (CC BY-NC-ND 2.0).