The legacy of the miners and prospectors remains along C Street where wooden-plank walkways, gas street lamps, historic buildings with awnings, and swinging saloon doors harken back to the time of the discovery of the Comstock Lode. In 1859, the discovery transformed the area from an encampment of tents along the slope of Mount Davidson into the "richest place on earth."

Approximately one mile starting north at 113 North C Street and 537 South C Street to the south. 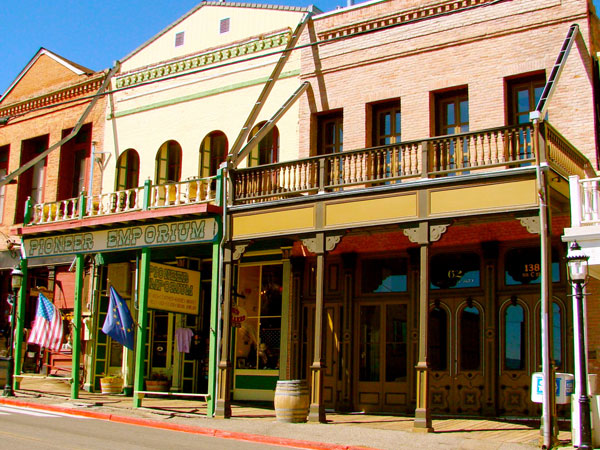 The Red Dog Saloon is a popular bar and live music venue. In 1965, many well-known psychedelic rock bands made their start. Photo by Don Graham.

Known for its 100-mile-views over Nevada's basin-and-range and late 19th century architecture, C Street is situated along sloping terrain. In 1966, Virginia City was named the nation's largest historic landmark and added to the National Register of Historic Places in 1966. In 1969, Nevada State Statute created the Comstock Historic District Commission that today oversees and regulates development for the preservation of the historic treasure. As a result, C Street is remarkably well-preserved, with its historic architecture and streetscape reminiscent of the Old West. Fans of the western television show Bonanza might recognize C Street, which was used when filming the Cartwright family's trips into town for supplies.

A handful of structures on C Street that were originally constructed in 1862 survived the fire of 1875. When more than half of Virginia City burned in that fire, it was rebuilt in a matter of months. To date, nearly all the buildings of Virginia City's heyday remain intact and in use along the C street corridor. Two of those buildings are the Fourth Ward School Museum and The Territorial Enterprise Building.

The Fourth Ward School, built in 1876 to honor the nation's centennial, is a prominent building on C Street. The four-story building could accommodate more than 1,000 students and boasted state-of-the-art heating, ventilation, and sanitation systems as well as water piped to all floors. Today, the Fourth Ward School is a museum where visitors can learn about the history of Virginia City and the Comstock Lode, which was the first major silver discovery in the U.S. The Territorial Enterprise Building was built in 1876 as the third and final office of Nevada's first newspaper, the Territorial Enterprise. In 1862, a young Samuel Clemens began his writing career as a reporter for the Territorial Enterprise under the pen name of Mark Twain. Today, the building is the Mark Twain Museum.

Several preservation efforts for C Street have been made to continue its legacy. After undertaking an archeological survey of the Virginia City National Historic Landmark, Storey County crafted Project 85 which constitutes a total survey of all buildings in Virginia City, including those on C Street. Storey County also adopted a master plan in 1994, currently being updated, and local zoning ordinances that balance sustainable growth and modern mining with tourism and historic preservation. 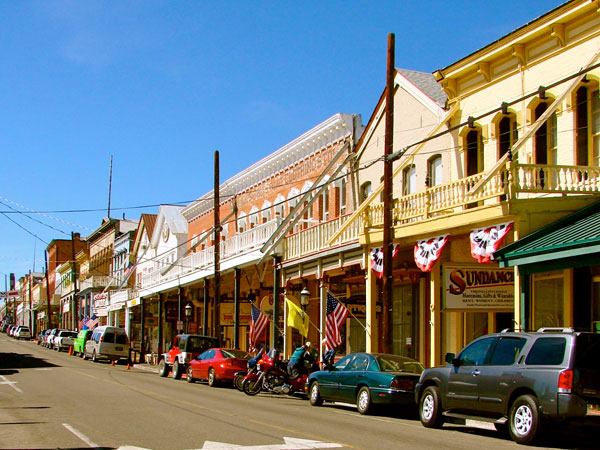 The incredible wealth Virginia City experienced allowed for the construction of many beautiful examples of Victorian-era architecture along C Street. Photo by Don Graham. 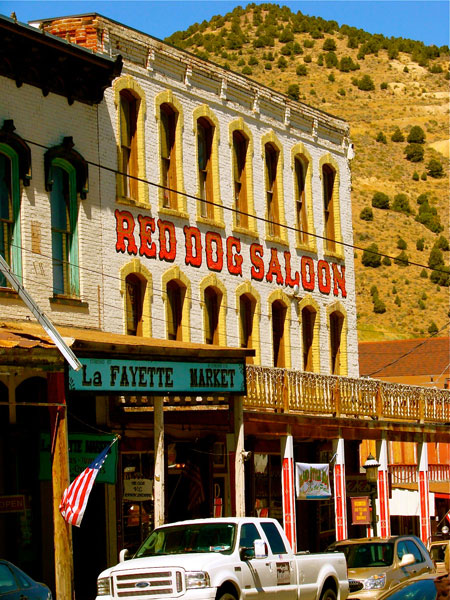