King Street with its Southern charm offers a little something for everyone.  With mixed-use, three story brick and stucco buildings, and the street's central location through the heart of the peninsula, it is considered the spine of the city connecting the Charleston Harbor to uptown. Upper King is known as the Design District, Middle King is the Fashion District, and Lower King is the Antique District. 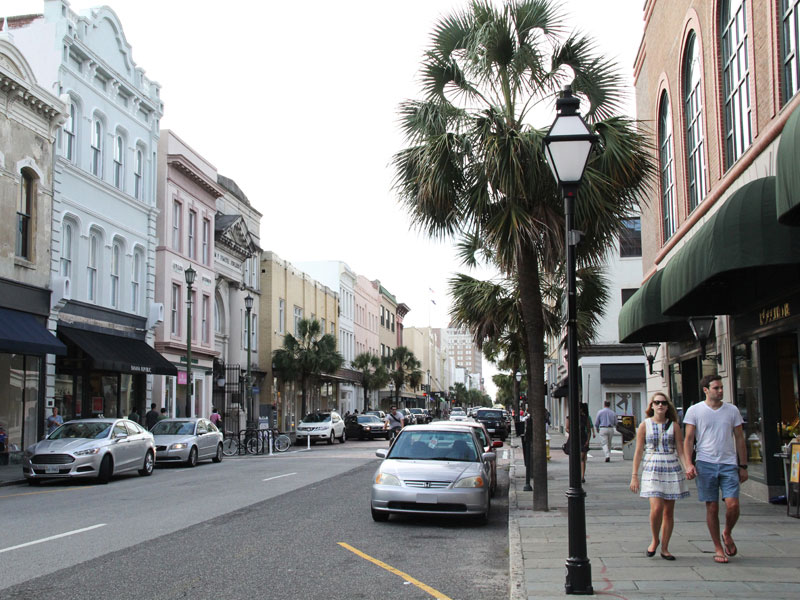 "Charles Towne" as the seaport city was originally called, was established in 1670, and was the first city to pass a historic preservation ordinance. The street was named after King Charles II of England, and served as the main highway for the early settlement of Charles Towne. Cobblestone streets and stunning architecture remain from early Colonial, Georgian, Federal, Greek Revival, Italianate to Victorian. Charleston is also known as "The Holy City" for its numerous church steeples. Building height restrictions allow visitors to view the steeples, surrounding sea, and natural landscapes with ease.

King Street experienced a revival in the mid-1980s, beginning with the construction of the Charleston Place Hotel.  Instrumental to the street's restoration, the Streetscape Project focused on upgrades to the street, fixtures, and surrounding buildings in three phases from 2000 to 2009.  Property owners were encouraged to vote on various implementation measures throughout the project's lifespan.

King Street is bustling with life around the clock with the College of Charleston a few steps away, and nearly 4.8 million visitors come to Charleston each year. Walking along King Street's wide, pedestrian-friendly sidewalks is the most convenient way to visit the restaurants, shops, parks, and local attractions.

The city installed bike corrals in place of parking spaces in some areas for cyclists, and riding the free shuttle service or taking a pedicab offer alternate forms of transportation. Marion Square, a 10-acre park located midway along King Street, serves as a local gathering spot and accommodates events year-round, including the famous City of Charleston Farmer's Market and Charleston's Fashion Week. 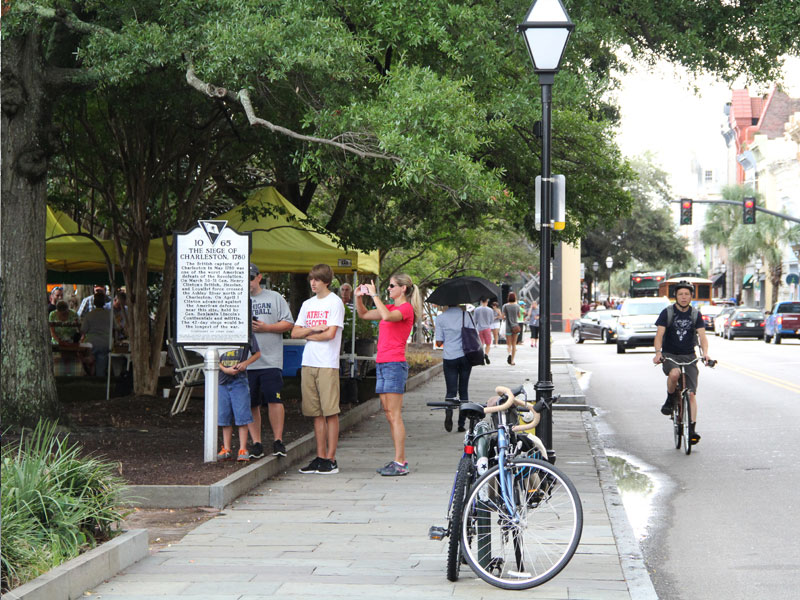 Marion Square during the Farmer's Market. Photo by Amy Southerland. 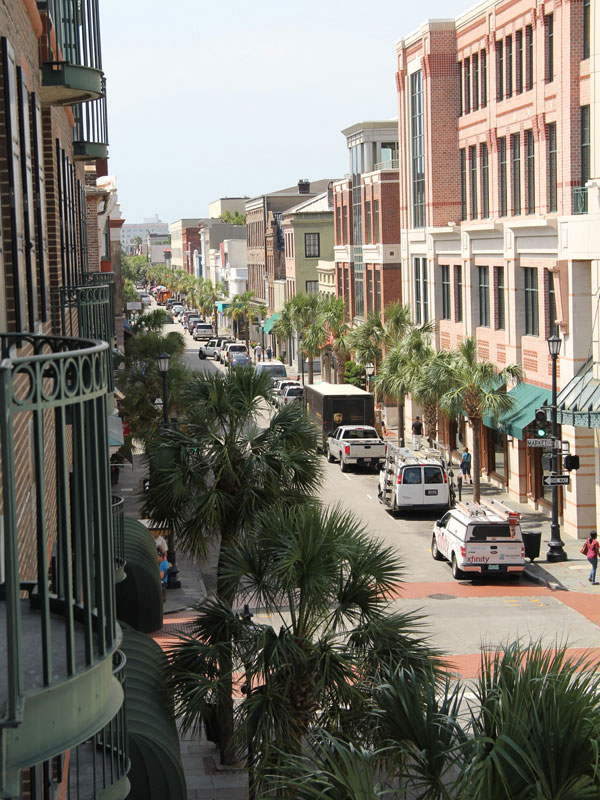 View of the street from Charleston Place Hotel. Photo by Amy Southerland.