Parks Are an Equity Issue 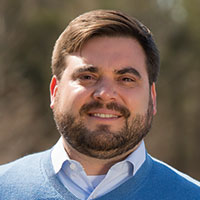 Is it true that some residents in our communities have better parks than others? It may depend on whom you ask. But I think most planners and park and recreation professionals would agree that many cities have a two-tiered system of parks and public space: The “haves” have more and better parks, while minority and underserved communities often have fewer parks, and those that exist are in disrepair.

Though park and planning professionals have historically worked apart, our missions to improve cities and people’s lives frequently overlap. As the gap between the haves and have-nots widens, now more than ever we must come together to make parks — and public spaces as a whole — part of the equity solution.

All people, regardless of income level, ethnicity, gender, ability, or age, should have equal access to public parks. But disparities between park-rich and park-poor communities are not just a matter of acreage or amenities. They often represent significant social inequities. For example, living close to quality parks, recreational opportunities, and green space has been shown to lead to increased physical activity and positive health impacts, strengthen emotional bonds to nearby communities, encourage community engagement, increase economic opportunity, and lower crime rates.

Park-poor neighborhoods and communities, where the most vulnerable and underserved residents tend to reside, are also frequently on the front lines of exposure to negative environmental impacts such as urban heat island effects, flooding, and lower environmental quality — conditions that magnify the growing threats of severe weather and climate change, and have negative impacts on residents’ health and quality of life.

It is a right, not a privilege, to have safe, healthful access to parks and recreation. Who better to identify and implement ways to address the characteristics of park systems that perpetuate such disparities than planners and park and rec professionals?

Some of us are already are. From Los Angeles’s 50 Park Initiative to New York City’s Community Park Initiative, planners, park and rec agencies, and elected officials are focusing an equity lens on the distribution of park and recreation lands, facilities, and infrastructure. These initiatives explore how good park planning and design can add economic, environmental, and social benefit to all citizens. They are also seeking quality community input to engage residents from the outset and give them a say in the kinds of parks and recreation facilities being planned and built in their communities.

To support these efforts and encourage similar work in other communities, the National Recreation and Park Association and APA have joined forces to highlight the critical role that equity and community engagement play in the provision of high-quality parks and recreation facilities. The Great Urban Parks Campaign aims to demonstrate the effectiveness of green infrastructure in parks to produce positive environmental and social benefits, including increased public park access in underserved, low-income, and minority communities.

Through the campaign, NRPA and APA will create and disseminate evidence-based information and educational resources for planners and park and rec professionals on how to implement green infrastructure projects in parks for maximum public benefit.

Planners and park and recreation professionals can, and should, work together to ensure that park-poor neighborhoods — and the inequities that come along with them — become a thing of the past. The time to act is now.

Kevin O’Hara is the vice president of urban and government affairs for the National Recreation and Park Association in Washington D.C. He has a master’s degree in planning and has been working up the courage to pursue his AICP certification. To learn more about NRPA and the Great Urban Parks Campaign, visit nrpa.org.